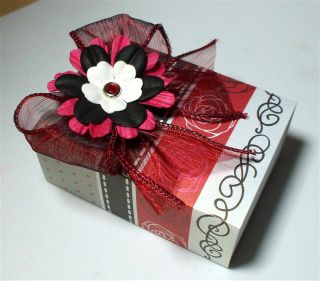 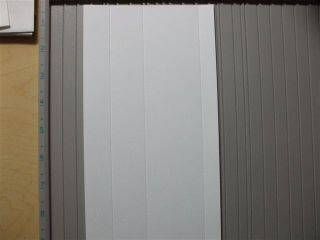 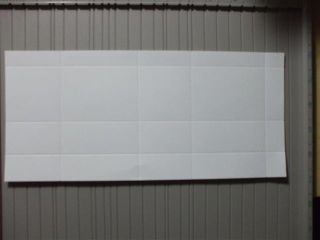 Trim along solid lines as shown below, cutting away areas with an "x" in them: 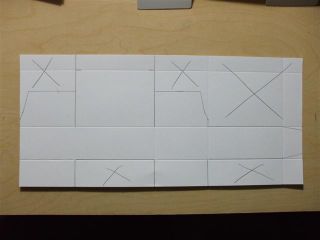 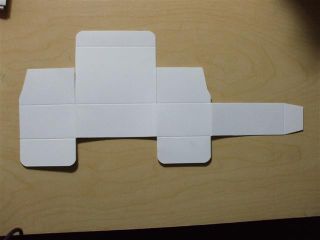 Here's what it looks like all trimmed up.  You'll notice that I rounded the corners of my flaps.  In order to round the corners where there was an adjacent piece that prevented the corner from fitting into the punch, I just folded it back and put the folded corner in - the punch didn't reach far enough to punch anything but the flap, so no worries...

Fold along all of your score lines and add adhesive ONLY to the little flap at the end of the long strip, and stick it to the inside of the other end to create the sides of the box: 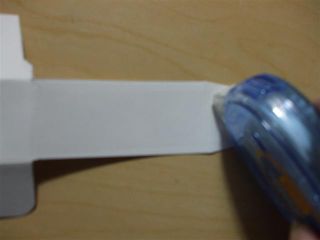 then fold the bottom flaps in and tuck in the other flap - this creates the box bottom. 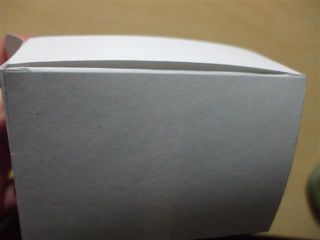 Now take your patterned paper and score the short side at 1 1/4", 3 1/2", 4 3/4", and 7".  Fold along all score lines and adhere the 1" flap to the inside of the other end, making sure that you only overlap enough to make the end even with the fold on the flap.  This creates your box cover: 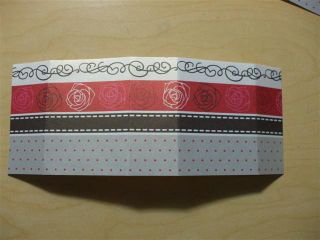 Now, fill your little box with the treat of your choice (I used my kisses, but Greg had already raided them, so it's not full...), slide the cover on, and embellish! 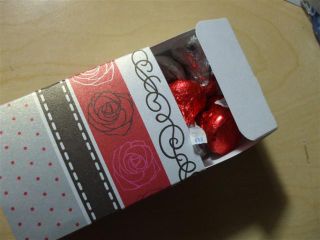 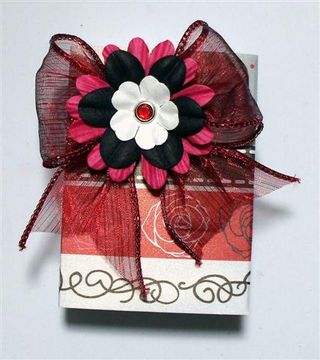 Fill with whatever goodies you desire!