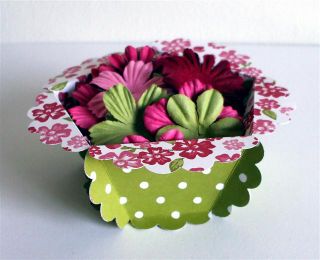 And a quickie tutorial for it: 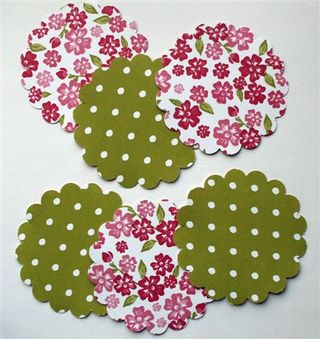 Here's what you'll need:  Six scallop circles punched from double-sided paper, adhesive, and a scoring tool.  Yep, that's really it!  My sample is made with a 3" scallop circle punch from EK Success and papers from Stampin'Up!'s "Bella Rose" designer papers. 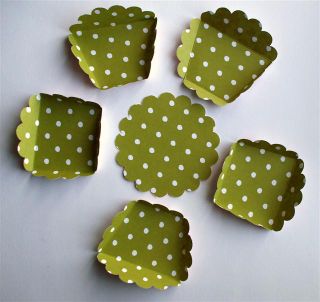 Count the number of scallops on your circle (mine has seventeen), and determine spacing.  This is what I mean:  I wanted the sides of my basket to be four scallops high, so that takes up eight of the scallops.  Since seventeen divided by 5 is 3 2/5, I knew that 3 of my circles would have three scallops for the base, and two would have four scallops, giving me my total of seventeen.  This will make more sense later, so if you're doing a different size than I am, read the whole thing and then come back to this...  Score and fold each of the five side circles appropriately:  Three circles will have a score line across three scallops, then across four adjoining scallops on each side, then across the top for the remainder.  Two circles will have four, four, and remainder.  (I know it sounds confusing - just follow the pics or something - it really is easier than it sounds) One circle - the base - is not scored at all. 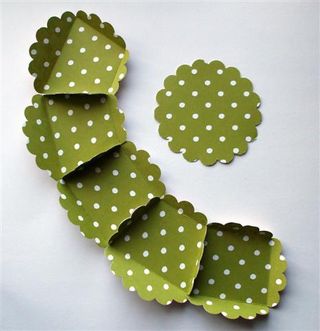 Begin adhering your sides to each other as shown.  Remember to alternate the three- and four-scallop bases so it comes out even.  Mine are 3-4-3-4-3, but when finished, two of the 3s will be next to each other - that's okay, there's still symmetry. 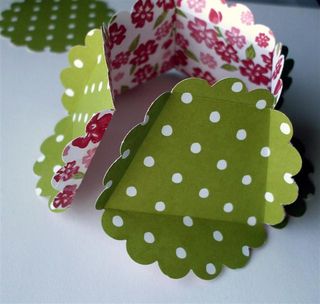 Loop your strip and adhere the first and last circles to each other to form a ring. 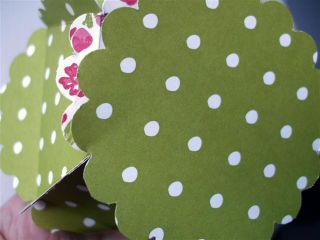 Put adhesive on all of the base scallops on your ring (trust me, it's easier this way), then carefully line them up and adhere them to the base circle.  You're all done!  Here's a view from the top (notice how it forms a pentagon?  I told you there was symmetry...): 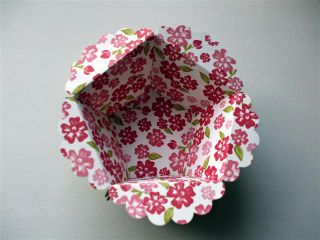 And this is a view from the side: 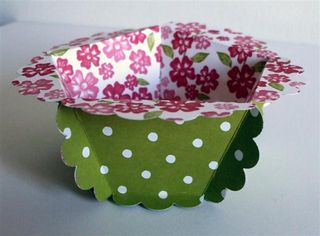 Now you can fill it with whatever you want, and give it away or keep it for yourself!  I opted to put Primas in mine, because I get so aggravated trying to feed them back into those paint tube-looking things they came packaged in (cute, but not practical for me...) 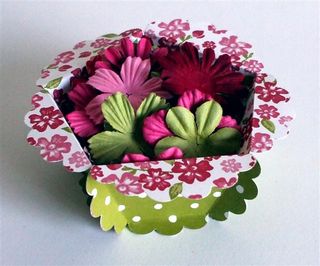 So, another fun, quick, no-stamp project that you can play with!