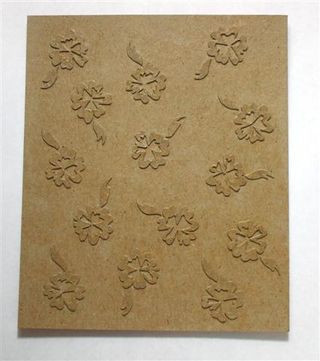 I'm not going to write a full tutorial, because Mel already wrote an incredibly brilliant one HERE, which is what I based mine off of, so I'll just show a couple of things that I did that might be helpful:

First off, I trimmed down two pieces of a cereal box to 5 1/2" x 6 1/2" - one to use as the base of my texture plate, and one to use as a shim with it.  I made them this size because they filled most of the Cuttlebug plate this way: 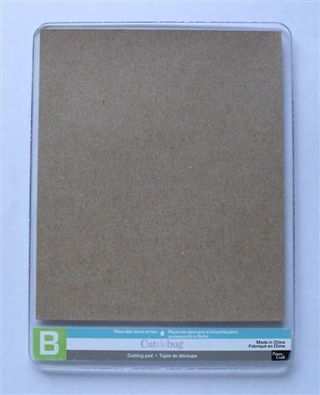 and if I want to do a 5 1/2" square, say, instead of just a standard A2, then I'll have that capability.  Mel suggested using a light-colored or waterproof ink (like StazOn) to stamp your images to cut out, but I just used Versamark, so there's ZERO chance of color transference or bleeding.  If it's hard for you to see where to cut, then use something that works for you.  I used the smallest hibiscus stamp from Close to My Heart's Hang Ten stamp set and stamped it repeatedly all over more of the cereal box pieces.  It's easier to do the inside cuts first, before even cutting the images apart from one another - more to hang onto to move the cardboard around as you cut (I used a glass mat and a craft knife): After I got them all cut out, I arranged them how I liked them on my base piece, then glued them on with Royal Coat decoupage medium.  Following Mel's lead, I also sealed the entire thing with Royal Coat after everything was stuck down.

Here's a closeup of the embossed panel: 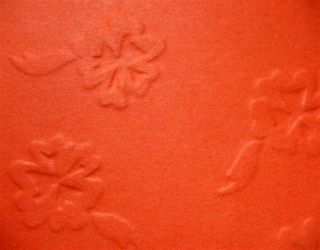 And a pic of the whole piece attached to the card base: 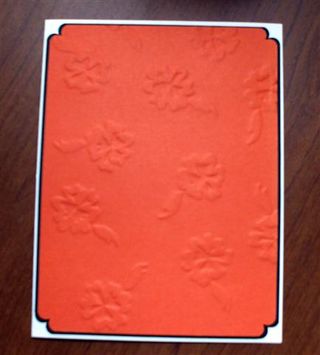 Pretty darn cool, eh?  The embossing isn't quite as defined as I'd really, really like, but I think it's because I didn't mist it lightly with water before running it through the Cuttlebug.  That would be due to the fact that I have yet to locate my mister (Mr?) since the reorg...  Still, all in all, I'm content with it as is!  I used it on this card: 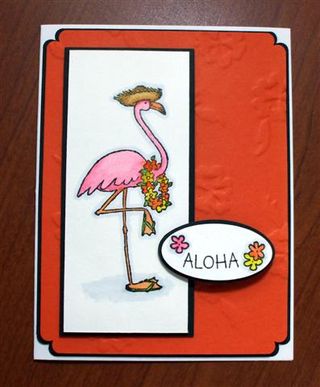 I made another one using a Martha Stewart bat punch: 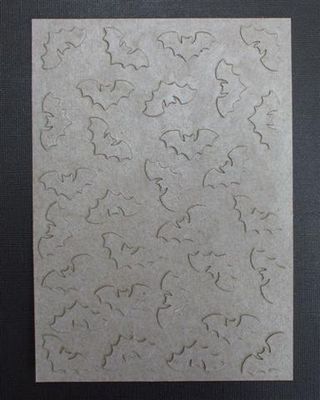 Here's a closeup of the texture: 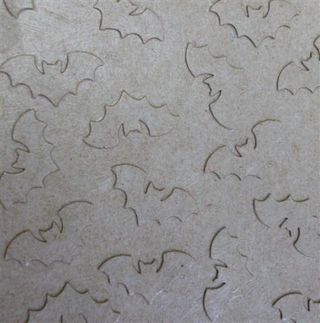 And here's how I used it for a card: 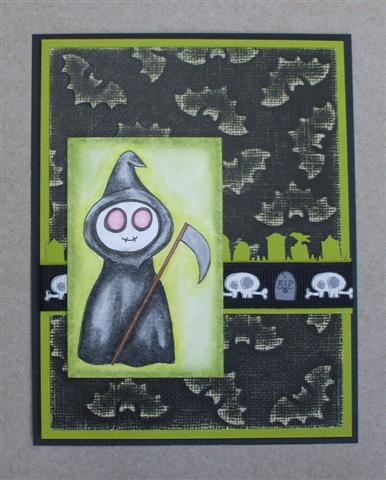